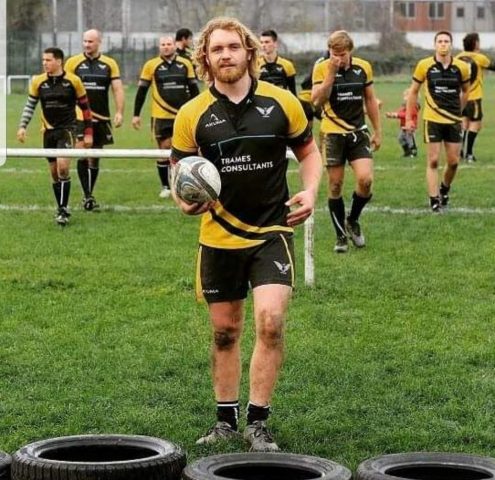 This week Sheffield based Arboricultural Consultant Patrick Rowntree is leaving the ranks of AWA Tree Consultants to head to the land of the Acer spp.

Before joining AWA Tree Consultants, Patrick had enjoyed playing competitive rugby around the globe including several years in the apogee of the rugby playing world; New Zealand. Upon returning to England, he had resided himself to a less physical means of income and looked set to enjoy a career as an Arboricultural Consultant for AWA Trees. However, the lure of the opportunity to play for Premier League Cup champions Montreal Irish in Canada proved too much, and he is set to lace up his boots once more.

Having arrived with us in 2018 as an experienced climbing arborist, who had been awarded a Distinction in the Extended Diploma in Forestry & Arboriculture. Patrick quickly became qualified in Lantra Professional Tree Inspection and immediately became a key member of the team. Helping with accurate tree data collection for tree surveys for development projects and assisting the senior team of arboricultural consultants in the preparation of tree reports and plans to BS 5837:2012 Trees in relation to design, demolition and construction, as well as becoming competent in Tree Surveys for Mortgage and Home-buyers Tree Reports, and Tree Risk Assessments.

While we will be sorry to see him leave, AWA would like to wish Patrick all the best with his endeavors abroad.