Tree Survey for Planning in Sheffield 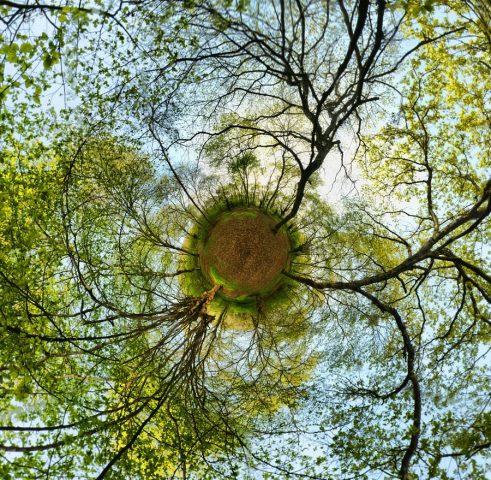 The Covid-19 pandemic has been described as perhaps the biggest global crisis of our generation, and one that will probably shape the world for years to come. The impact on healthcare systems, the economy, politics and culture are already noticeable.

While the associated lockdown created virtual ghost-towns of most urban areas, there was an upsurge of people visiting nearby green spaces. For many people, the pandemic has led to a direct realisation of the profound value of local accessible green spaces to their wellbeing. Urban trees, in particular, became crucial in helping people cope.

The actions of people during the crisis highlighted what research has been showing for decades: trees calm us. They alleviated the inevitable anxiety and stress of the pandemic. They encouraged healthy active behaviour and helped provide a vital sense of community.

Looking to the future, an accessible urban forest will have a key role to play in how society returns to “the new normal”.

There is a myriad of interconnected reasons why trees may have eased the impact of the pandemic and helped us cope, from reducing respiratory problems, early mortality, mental and emotional health problems, to encouraging us to get active.

An understanding of the relationship between health and nature is not new. The first great act of greenspace creation in modern history, the Victorian park, occurred because the park-makers believed intuitively in the healing and redemptive values of nature. Frederick Law Olmsted, noted of urban parks in 1866 “the feeling of relief experienced by those entering them, on escaping from the cramped, confined and controlling circumstances of the streets of the town.

The last 20 years has seen countless robust studies confirming what many intuitively know – that connection with nature has important therapeutic benefits for human health and mental wellbeing.

There are suggestions air pollution has significantly worsened the Covid-19 outbreak and led to more deaths. Air pollution is known to weaken the immune system, compromising people’s ability to fight off infection. With some scientists also suggesting air pollution particles may even be acting as vehicles for viral transmission. While the relationship between urban trees and air pollution is  nuanced, trees have a measureable impact on air quality, in particular by adsorbing pollutants such as sulphur dioxide and ozone, intercepting harmful particulates from smoke, pollen and dust and releasing oxygen through photosynthesis, thus reducing the incidence of diseases exacerbated by air borne pollutants.

The beneficial effects of regular physical activity on many health outcomes are well established and being physically active during the coronavirus COVID-19 was very important for physical and mental health. There is good evidence that nearby trees encourage physical activity. Studies have shown residents of areas with the high tree cover were more likely to be physically active and less likely to be overweight or obese than those living in the least. With elderly people that had tree-lined streets, and space for taking walks, showed higher longevity.

The COVID-19 pandemic has been incredibly stressful for everyone, and it has led to negative impacts on many people’s mental health. Chronic stress puts people at an increased risk of many health problems. Evidence shows the potential of nearby trees to reduce stress and improve the mental wellbeing of residents, particularly those living in poorer urban communities. Studies have shown tenants with high nearby tree cover had a higher mental wellbeing than those with low levels, and areas with a higher density of street trees tend to have lower antidepressant prescription rates.

Simply viewing trees from a window helps people recover from stress. A famous study showed how hospital patients with a view of trees had shorter hospital stays and needed less medication, than those without a view of trees, and provided some of the most robust evidence that views of trees has restorative effects in terms of stress reduction.

The pandemic has brought into sharp focus the inequality in health and in tree cover both within and between British towns and cities. The spread and impact of COVID-19 has disproportionately affected the poor and working class. Likewise, people living in poorer areas have fewer urban trees and lack access to quality green spaces.

Poorer areas, with more endemic health issues – particularly mental health and obesity – are the areas that most in need the benefits of urban trees, yet these are most often deprived of their benefits.

The need of the healing potential of street trees becomes particularly pronounced for people who do not have their own garden or nearby park. Not everybody has physical access to public green spaces. For those who can’t get outdoors at all, who may be home alone and socially isolated, the view of nearby street trees may be their only source of nature connection.

The pandemic has highlighted both the challenge and opportunity in utilising urban trees to help tackle health inequality. Urban trees have an important role to play in giving everyone the opportunity to live a healthy life and increased tree cover in poorer urban areas could have a profound impact.

Be brave. Dig up the roads. Plant trees!

Looking to the future, the urban forest will have a key role to play in how society returns to “the new normal”. The pandemic should lead to brave planning decisions and experiments with urban tree planting.  Lockdown and home-working has helped people see how cars dominated urban spaces, and bold moves to open streets with green infrastructure suddenly seems politically doable.

During the pandemic, some towns and cities turned to the “open streets” movement, closing city streets to car traffic and inviting residents to use their streets for recreation and active travel.  In many cities the authorities have closed streets, encouraged cycling, and sped the construction of walkways and new bike paths.

The UK Government has provided local authorities in England £250m to use immediately in road space reallocation such as pop-up cycle lanes and pavement widening and recognised that it is a “once in a generation opportunity to deliver a lasting transformative change in how we make short journeys in our towns and cities”.

Urban trees should be considered as vital community infrastructure in delivering this road space reallocation, and form an integral part of reimagining what the role of streets are for. Are streets to remain just spaces for driving and parking cars? Digging up the tarmac and planting trees is one of the most obvious and effective ways to transform an uninviting street into a social area where communities want to spend time and play. Deprived areas with the fewest parks and trees could have the greatest return from allowing the transformation of car dominated streets into green social spaces.

Valuing urban trees as crucial infrastructure and ensuring their equitable distribution would be an excellent legacy from the coronavirus pandemic and would strengthen our towns and cities against the next crisis that troubles us.