The Great Maple or: How I Learned to Stop Worrying and Love the Sycamore 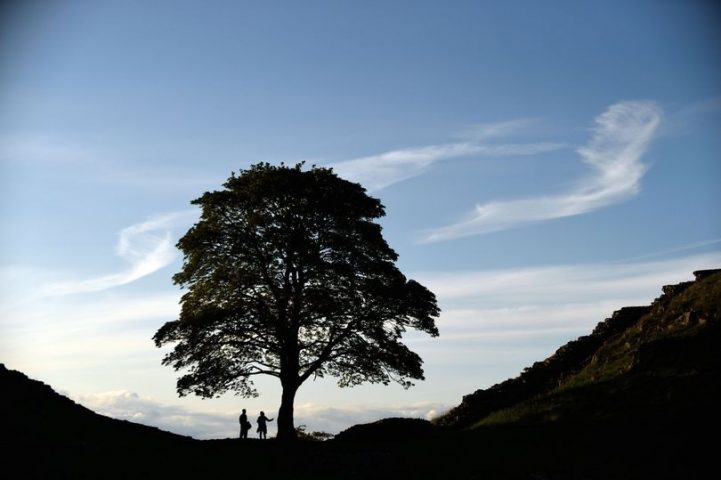 In Monty Python’s “Life of Brian” there is a famous scene where John Cleese’s character ‘Brother Reg’ is trying to incite his gang to rebel against the occupying Roman army. After a few minutes of debate, he utters the immortal line: “Alright! – but apart from the sanitation, medicine, education, wine, public order, irrigation, roads, fresh water system and public health, what have the Romans ever done for us?”

Well, we could also add “The Sycamore” to this list. Although debatable, the Sycamore (Acer pseudoplatanus) is likely to have been introduced by the Romans during their occupation of Britain (43-410AD) – evidence includes Sycamore wood found at Langton Villa, a Roman site in North Yorkshire.

The Romans also brought us the Sweet Chestnut and Walnut, some of our best loved tree species, but for some reason the humble Sycamore has a bad reputation – often referred to as a “weed-species”, a “non-native”, not really one of ours, it’s seen as a poor immigrant in the shade of our mighty English Oak.

Somehow it’s not a desirable tree, it falls to the arborists chainsaw on a regular basis because: it’s just a “Syccy”, an “invasive”, and so is dispensable. When undertaking an assessment as part of BS 5837 tree surveys a Sycamore often has to fight just that bit harder and be an exceptionally good example to find itself as Category A – High Quality.

But where does our antipathy towards the Sycamore come from? Is it simply that the Sycamore is a latecomer on the scene in terms of native British trees? Possibly brought over by invaders, themselves an invasive species. Is there something more to understanding the negative reputation of the Sycamore?

Juliet Capulet, perhaps Shakespeare’s most tragic of heroines, famously exclaimed
“What’s in a name? That which we call a rose
By any other name would smell as sweet.”

Indeed, what’s in the name – Sycamore? If the tree were being re-branded by marketing executives today, the words “more + sick” would probably be avoided. In the seventeenth and eighteenth centuries, the Sycamore tree was variously referred to as ‘the Great Maple’; ‘Acer majus’; the ‘false’ Sycamore; and last-but-not-least: the ‘Bastard Sycamore’.

As far as John Beale, a seventeenth-century natural philosopher, was concerned the name ‘Sycamore’ was erroneous, describing it rather as ‘The large Maple which is commonly, (but falsely) called the Sycamore’. Beale went on to explain that the Sycamore ‘hath lost credite amongst us. The timber is soe spungy our turners despise it’. So perhaps there was some practical reason for the dislike.

John Evelyn similarly noted all these names too, and went on to derogate Sycamore trees, explaining that ‘they contaminate and mar our walks; and are therefore by my consent to be banish’d from all curious gardens and avenues’. He does admit however, that Sycamore wood is ‘not much inferior to ash itself’.

Our aversion to the Sycamore is long standing but maybe it’s time to re-evaluate this. Is it valid to overlook a tree that could be the best-fit replacement for the beleaguered Ash tree, just because we are, either by nature or by nurture, predisposed to see non-natives as a threat?

An arborist friend recently suggested that ‘mother nature has provided the Sycamore for the sole purpose of succeeding the Ash tree’. Now, regardless of how you feel about the concept of ‘mother nature’, the reality is that over the next 50 years it’s estimated we’re going to lose over 95% of our Ash trees to Chalara Ash dieback (Hymenoscyphus fraxineus), and depending on where you are in the country, that is going to have a huge impact, not only on the aesthetic and character of our landscape, but also on the ecology of our landscapes.

Recent studies have shown that Sycamore is one of the best suited replacement species for Ash trees, in terms of the ecological services it provides – the habitats for other wildlife and the encouragement of species commonly associated with Ash trees.

Sycamores reputation as poor for invertebrates is undeserved – and was based on a study limited to specialist faunas. It’s richer than some native species and can carry a high biomass of invertebrates, which is great for hungry birds and small mammals. Old Sycamores can have a rich lichen flora and it provides valuable deadwood habitat.

Yes, it can cast heavy shade and be perceived as somewhat ‘dark’ but as climate change kicks in the shade it offers from the blistering sun will become more valued. With a crown like giant broccoli on tall spreading trunks, it forms a graceful and dignified tree.

The Sycamore is a battler, it stoically takes all that the British Isles can throw at it, from icy exposed moors to deprived concrete jungles, given half a chance it will flourish. So perhaps it’s time we started to treat the Sycamore with a bit more respect and return its status to that of the “Great Maple”.