Tree Poverty: The impact of austerity on our urban forests. 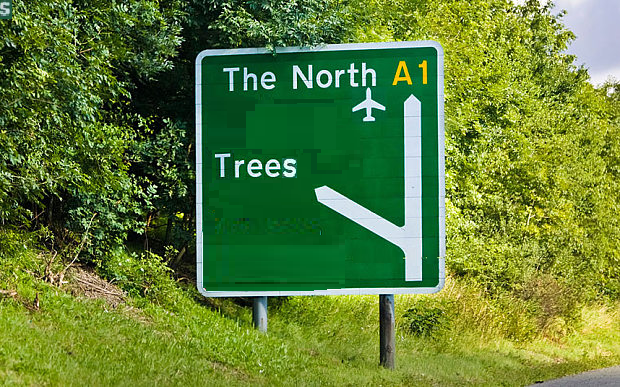 The North-South divide in the UK is inescapable, not only in economic terms but also in areas such as culture, health, life expectancy and transport. New evidence suggests a nation already divided along geo-political and economic lines, may also be divided arboriculturally.

A recent Sunday Times article revealed that ‘More than 110,000 trees have been chopped down in three years by councils across the UK — equivalent to a sixth of the size of Sherwood Forest … According to Defra, the number of trees cut down by councils equates to about 67 hectares, equivalent to more than 90 Wembley football pitches’.

The data was collected through a Freedom of Information request sent out to all local councils across the country. It also revealed that over 70 councils do not currently keep up-to-date records of the felling of trees in their cities, boroughs or districts. This is both illegal and alarming, and suggests the true number is likely to be far higher because so many councils failed to respond to the inquiries.

The recent management of Sheffield’s street trees as part of the Streets Ahead programme has become notorious. For many “Doing-a-Sheffield” has become short-hand for “Bad-Urban-Forestry”. Yet while the tree-felling in Sheffield is a particularly incendiary and well-known issue, Sheffield is not alone when it comes to felling urban trees. In fact, further north in the U.K,  Edinburgh has felled 4435 trees, and Newcastle (who’s Tree Strategy was highlighted as best practice in Trees in Towns II!) has felled the most trees in the last three years, 8414, twice as many trees as Sheffield since 2015 (although proportionally this is only 1% of their tree stock, compared to Sheffield’s 10% removed in the last three years).

Re-planting and tree replacement data from local councils is yet to be quantified and released, which may shed a more positive light on the statistics presented so far by this research, but the worrying trend appears to be an overall net loss of tree cover – rather than net gain. This net loss of trees is similarly replicated in the United States, with the loss of urban forest benefits being conservatively estimated at $96 million per year. It has not yet been estimated what the cost of urban forest benefits loss is in the UK.

Beyond the headline about numbers of trees being felled, perhaps more importantly, the Times article draws attention to the ever-decreasing funds available to Local Authorities and their tendency to cut the role of Tree Officer (among others) to make savings to severely stretched budgets. In the case of Newcastle, for instance, three Tree Inspector roles had been removed to save money. In circumstances where councils must find enough money to maintain roads, manage public services, provide social services and co-ordinate planning and development, it is worrying, but perhaps not surprising that trees are not higher on the priority list.

As most arboricultural professionals know, this approach is fundamentally flawed, as more and more research is demonstrating how urban tree cover can improve health, wellbeing, house prices, the movement of traffic, flood alleviation, carbon sequestration and the removal of pollutants. All these factors show that trees can actually alleviate stretched council budgets (as well as the NHS) by reducing respiratory problems, early mortality, mental and emotional health problems, flooding and the associated clean-up costs and the costs of heating and cooling buildings. Decreasing tree cover in an era of rising temperatures and increasing instances of flooding due to climate change seems at best illogical and at worst downright irresponsible.

Despite the value and benefits of urban trees, the uncomfortable fact is, the evidence is often falling on deaf ears. When decision makers must balance the books, removing trees, or not planting and maintaining them, is still seen as a sensible cost-saving option. Is it a lack of awareness in councils that leads to trees in urban landscapes coming last on the list for a struggling council budget? Or are their other causes?

The Joseph Rowntree report on ‘The Cost of the Cuts‘ found that the most deprived areas in England have seen the largest cuts to their budgets since 2010 – ‘the poorest English authorities have seen reductions of £182 more per head than the most affluent’. This, no doubt, has had a detrimental effect on how some of the poorest local authorities have had to apportion their ever-decreasing funds. As such, it is little surprise that a nation that is already divided along geo-political and geo-economical lines, may be divided along arboricultural lines too.

Professor Ian Rotherham, a long-standing critic of Amey’s tree management across Sheffield, has highlighted how the city council has been under-resourced in tree management for nearly thirty years, and this is a key reason for the current situation, noting: “There are major underlying issues of long-term central government cuts to local services which are disproportionate for cities like Sheffield – so a loss of key skills and staff in countryside, woodlands, trees etc. Without these cuts then this situation would not have arisen.”

Councils are set to see their funding decrease by a further 15% by 2020 – what will this mean for urban trees? Unless there is a change in the culture, priorities and funding of local authorities, we are at risk of losing even more trees and their associated benefits. The disparity in funding between different regions is likely to lead to associated inequality in tree cover between British towns and cities. Further budget cuts are likely to have a profound impact on urban tree cover in some parts of the country. It is likely the poorest communities – those who would benefit most from increased tree cover – will be hit the hardest. Areas that are already poorer, with lower standards of living, and more endemic health issues – particularly mental health and obesity – are exactly the areas that should be benefiting from more trees, not less.