The State of Trees in Sheffield 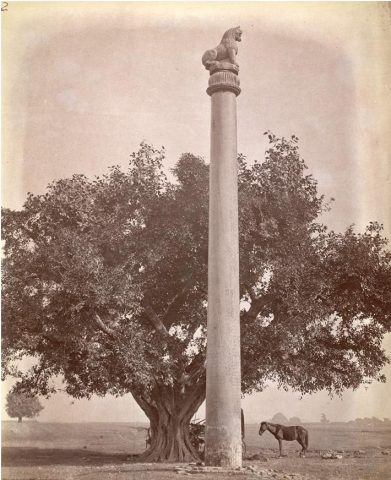 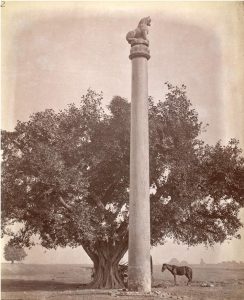 It is commonly believed that street trees originated in the capital cities of Europe in the 1500s. First in France, then Holland and then to London and the rest of the continent. This European history of street trees is rightly uncontested. However, there is compelling evidence of a vast network of managed street trees, from over 2000 years ago. A massive programme of tree planting and arboricultural management along routes over many thousands of miles across India and South Asia. A scheme that would surpass even the most ambitious of today’s tree planting projects and one that can lay claim to the practice of arboriculture beginning in India, over 1500 years before the first trees were planted on the streets of Europe.

Ashoka the Great reigned from 269 BC to 232 BC. He was the third emperor of the Maurya dynasty and is now considered ancient India’s greatest ruler and the key figure in spreading Buddhism across the globe. At the greatest extent, his empire expanded into India’s central and southern regions, along the Himalayas to the north, into Assam to the east, and to the west into what is now Afghanistan, with his influence reaching as far as Greece and North Africa. 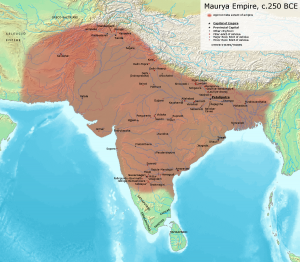 Apart from a few mentions in some Buddhist texts, Ashoka’s great empire was all but forgotten, until in 1837 a young British administrator in Calcutta managed decipher engravings on a range of mysterious stone pillars that were scattered around India. These monumental stone pillars were up to 80ft high, and some were found thousands of miles apart. In what was the first example of writing in Indian history, the British administrator discovered that the pillars were inscribed with advice from Ashoka,  on how to live a good life and with examples of what Ashoka had achieved across his empire. These statements, or edicts, were inscribed both on the stone pillars and also on large rocks, all across the empire, in several different languages – even Greek.

The pillars revealed clear evidence that this great ruler’s empire was not due to vast armies and battles, but welfare. They provide evidence that the king was the first (and only) whose conquest was not by force but by the value of ideas and the welfare of the empire’s citizens – and the cornerstone of this scheme to improve people’s lives was by planting roadside trees.

Listed second on the list of 14 statements, or edicts, written on the monumental stones was:

It is believed that state funds were used for the tree planting programme along the roads, and to ensure that the projects were carried out correctly, Ashoka would go on frequent tree inspection tours and he expected his district officers to follow his example.

Today it is unlikely that many, if any, trees from this time remain, to confirm the scale of the tree planting. However, to have gone to the trouble and expense of the stone pillars, and for tree planting to form a key headline on them, we can reliably confer that roadside trees were a key policy of the empire and that the level of the tree planting was substantial. To give some comparison, this would be akin to modern political parties putting street tree planting above policy pledges on health services, the economy, education and housing. Likewise, it is reasonable to assume the street trees must have been welcomed and would have formed a highly valued aspect of citizens lives.

A street tree is defined as a tree located next to or within a public road. They provide a wide range of social, environmental and economic benefits and managing them is a major undertaking and cost for local authorities, with much political debate relating to their presence and management. The definition of urban forestry involves the planned, systematic and integrated management of these trees. Although we wouldn’t easily recognise this environment as ‘urban’ by today’s standards, these definitions perfectly fit what was undertaken over 2000 years ago. As well as his other achievements, Ashoka has to be credited as developing arboriculture in India, he was the first, and possibly only, person to devise and implement an empire-wide roadside tree planting policy.